Shaun's birthday present.....that I got to enjoy too!!

After cleaning for 5 hours on Friday (at my job) I headed home quickly to get the car loaded up, showered, lunched and then in the car with the husband & off to Sydney. For his birthday, 23/11 I got him tickets to 'Jersey Boys' the musical which traces the history of The Four Seasons. We have always loved their music but especially the album 'Oh, What A Night'.

It is a 3 hour drive to get to my dear friend Pam's place and we left an hour & a half later than what we had hoped to, so it was about 7.45pm when we got to Pam's place. Bob her dad had dinner all ready for us (he is there while his new house is being built) which was so yummy. The 5 of us enjoyed a meal and a devotional time to open Sabbath.

The next day we headed off to Redfern for the first time without Pam who had a family thing at another church as her father was taking the service in memory of Pam's mother who passed away about 6 months ago. At Redfern we serve a lunch for the mostly Aboriginal community there. Usually about 100 people come through & so Shaun & I had made over 300 sausage rolls & 6 cheesecakes to take up with us from Canberra. However, it was very quiet on Saturday. Nannette and Peter were there to help us and another couple came in and took the kids program. Johnny the pastor there came in for the service & of course, our friend Judy, a local lady & a regular helper was there to guide us. We were able to serve, clean up and be out of there much earlier than usual. Our dear friend Ronnie popped in too and was able to catch up which was great as I hadn't seen him since the Deadly Awards at the Opera House.

That night we headed out to drop Pam's son Robbie home (checked out his fantastic penthouse apartment which overlooks the gorgeous Sydney Harbour) then off to visit Paul's family and then out to dinner for a lovely Thai meal. I find it totally amazing that people can be so self centred. We had parked up on a block of land as the car park was full. When we had finished dinner we got back out to the car to find it totally parked in!! Paul managed to get the car out after about 1/2 hr of attempting to do so.....unbelievable!! Pam & Paul then took us to this amazing place (can't remember the name of it) but it just specializes in Baklava and other Middle Eastern sweets.....so much of it.....bit of a line up so didn't get to try any as it was sooooo late for Shaun,  but next time....will try and find some time to get there with mum....get some for Christmas!!

Sunday was a sleep in a bit and then packing up, loading up the car and giving ourselves what we thought was heaps of time to get into the city, find the theatre and parking. It was a matinee & started at 1pm, we got in there about 12.45pm. Hate driving in the Sydney CBD!! We had GREAT seats in the middle, 4th row from the front. Its a very small much more intimate theatre (Theatre Royal). The ticket also included a program. It was such a fabulous production and Shaun said the best birthday present he had enjoyed in years. It was nearly 4pm by the time we got out and 8pm before we got back to Canberra. Really great weekend!! 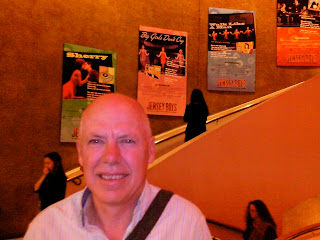 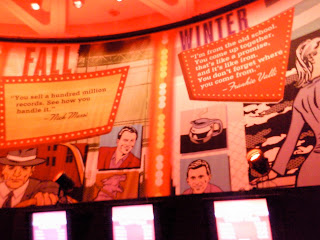 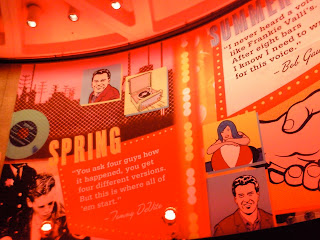 Posted by Debbles Dabbles at 11:00 AM