So, just recently I had a phone call from a tea shop in Canberra asking me to make some more tea themed cards. I had previously sold to them before but hadn't heard from them for quite some time and figured they weren't interested in buying anymore. So I was very pleased to hear that they were wanting some more. I put together 20 cards and took them out and they chose 10 cards and paid me for them. A week or so later they called wanting more and so today I took out 13 and again they bought 10 from me. They woman who bought them was saying how they have become very popular and people ask about them all the time. So that was a lovely compliment for me today. Very thankful to be able to be creative and get paid for it. 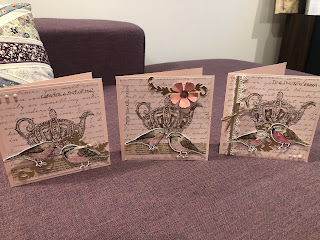 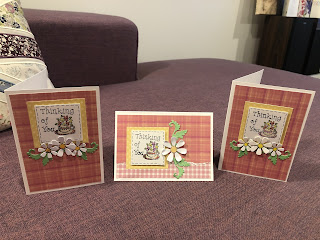 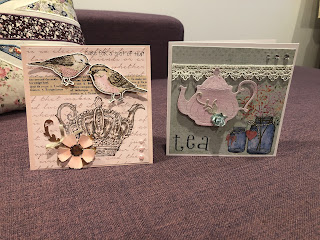 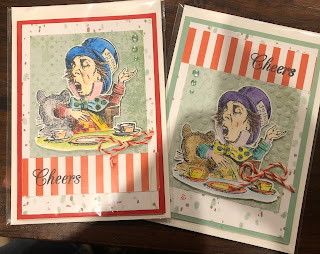 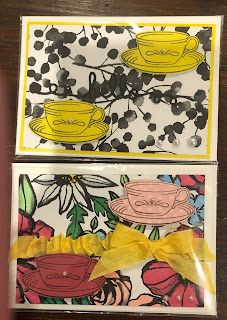 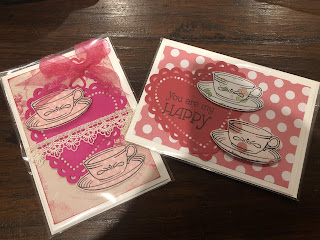 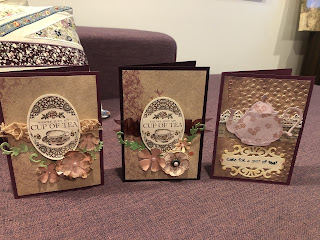 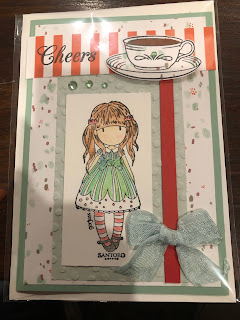 Posted by Debbles Dabbles at 11:19 PM