Today the British Motor Club of Canberra (which we are founding members of) plus the Southern Highlands Morris Minor Car Club & the Yass Antique Motor Club Inc for a great day out to Taralga.
Where is Taralga you may say. This is what Wikipedia has to say:


Taralga is a small village in the Southern Tablelands of New South Wales, Australia in Upper Lachlan Shire. It is located at the intersection of the Goulburn-Oberon Road and the Laggan-Taralga Road. It is accessible from Oberon to the north, Mittagong to the east, Goulburn to the south, and Crookwell to the west. At the 2006 census, Taralga had a population of 812 people.[1]
Taralga is located relatively close to the famous Wombeyan Caves. It is a very cold area and is frequently affected by snow in the winter months.
The population of Taralga has fluctuated over time - from 100 or so in 1863, to over 700 thirty years later, followed by a decline to half that size immediately after the depression of the 1890s. By the mid 1950s it had regained almost its largest size, but today houses around 400 people.

We all met at The Trapper's Bakery at Goulburn for a yummy late breakfast.....you should see the BLT's I have never had one with soooo much Bacon....mmmmmmmm!! A good cuppa always helps too! Then off we set for a little drive of 44 km's in beautiful country. Once there we headed straight into Warren's place to see his old fire engine amongst other items of interest. If you are a fan of Top Gear Australia you may recognise Warren!! 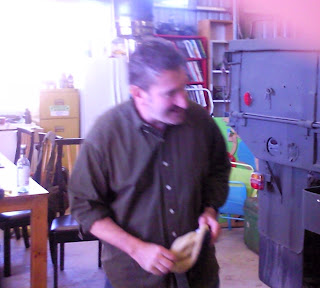 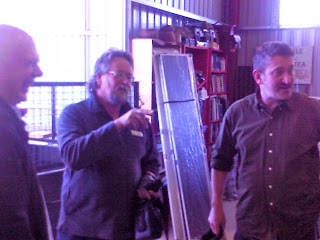 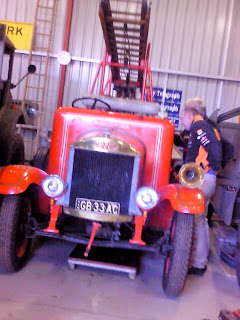 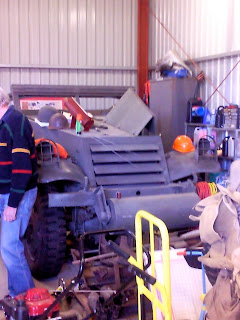 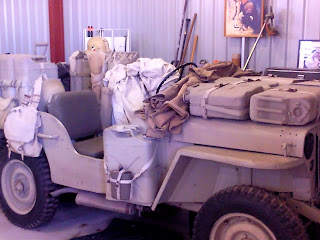 Then all but four of us ladies, headed of to Ricks Auto Museum for a look around. Four of us hung back and had a lovely pot of tea and a chat before heading off to join the others where we were serenaded by Rick himself. When we finally finished there it was after 2pm and well past lunch. It took a while to sort out but finally we joined some others in the park for a sausage sizzle. Shaun & I had also bought chips, dip, crackers & cheese to add to it. It was very pleasant. Finally after a bit more chat it was time to go. I think everybody had a really good day. We certainly had perfect clear skies even if it was very chilly to begin with! 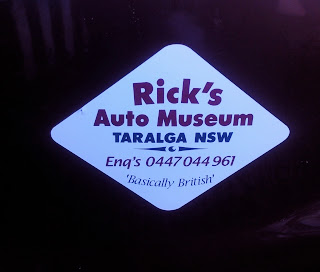 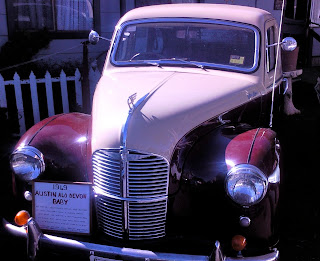 This is what the McGrath's Austin J40 pedal car is based on....an Austin A40! 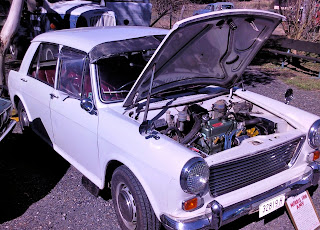 This little car brings back memories for me. My friend Nerida had one and we would drive around the Adelaide hills in it, often me steering from the passengers seat!! 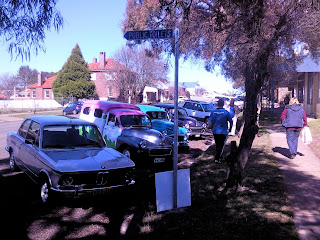 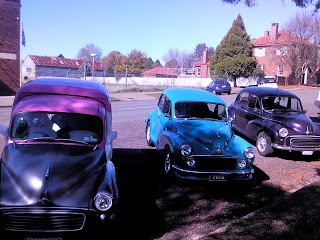 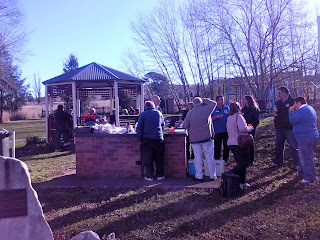 Posted by Debbles Dabbles at 6:40 PM