A Gift of Love

Our friend Julie who we got to know 27 years ago here in Canberra when we were all young and single now lives in Melbourne teaching there. We hadn't caught up in years and before our son's wedding she took me shopping in Melbourne where we found the outfit I was wore to the wedding.

Last year, it was discovered she had an aneurysm, luckily before it bled and she had surgery just as there was a reunion with all of us from those early years here in Canberra. (We had a family wedding so were not able to attend it either). Later in the year we headed down to stay with Julie, catch up and help her out with a few odd jobs around the place that she might need doing. It was great to catch up but she was still not & is not 100% so was working part time.

Julie has a lovely home with a beautiful garden. Her home is also filled with pictures of flowers especially roses. I noticed she really needed a picture or something above her bed and so offered to do a scrapbook frame to go there. I finally got the thing together and rather than a picture I put in it my favourite scripture text, Jeremiah 20:11. We will be taking it down to her the first weekend in June. However, I was not going to take the chance she wouldn't like it & then have to bring it back home again (although I had a friend here who would LOVE it if Julie didn't want it...LOL!!!) so I sent her an email with a picture of it attached and asked her to be honest. She says she loves it, so I look forward to giving it to her soon.

I have used Layer of Color butterflies, prima flowers, an image I had found on the web of the bird, and of course, Webster's pages which I love! 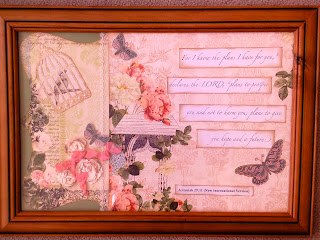 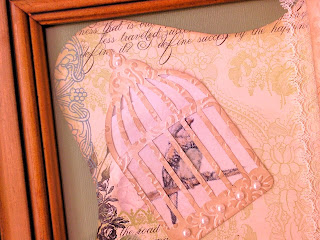 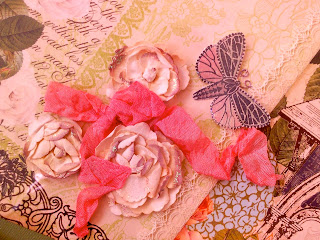 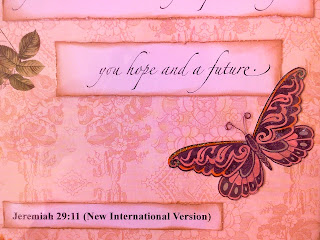 Posted by Debbles Dabbles at 7:10 PM